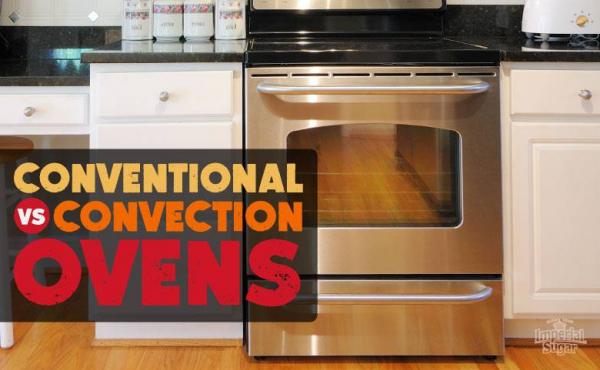 Thermostats that self-regulate. Vacuums that work when you aren’t home. Underground refrigerators. Ultrasonic clothes dryers. The home of the future is here and its filled with smart appliances designed to make our lives easier. Being bakers, one of our favorite smart appliances is the convection oven.

Baking in a Conventional Oven In traditional gas or electric ovens, the heated air is stationary and generally radiates from the bottom, which can lead to pockets of warmer and colder air. Since heat rises, the top of your dish can turn brown before the insides are fully cooked. This is also why many recipes will instruct you to turn the pan around once or twice during baking to ensure all sides are consistently heated. In addition, whenever you have more than one pan in a conventional oven, the pans closest to the heat source will end up overcooked before the other racks are done.

Baking in a Convection Oven With either a gas or electric convection oven, a fan circulates the heated air throughout, surrounding your pan on all sides. This constant circulation of even heat results in up to 25 percent faster cook times. Convection ovens also win out over conventional ovens when it comes to browning. The faster cook times cause sugars to caramelize more quickly for crisp edges that seal in moisture. Faster cook times and even heating means that cooking with convection ovens saves energy too. As a general rule, you shouldn’t over pack the oven with dishes. This is especially true with convection ovens, where the air needs room to circulate. Also, choose pans with lower sides as not to block the airflow. When cooking in a convection oven, lower the cooking temperature by approximately 25 degrees and check the dish often. A convection oven cooks more quickly than a traditional one, so you want to be extra vigilant.

When to Use a Conventional Oven There are some recipes that should always be baked in a conventional oven instead of on the convection setting. Angel food cakes, flans, custards, soufflés – any type of delicate recipe that could be blown about the oven shouldn’t be baked with convection.

When to Use a Convection Oven Roasted meats, cookies, anything toasted and pies should always be cooked on the convection setting. Faster cook times leave you with a crispy exterior and moist interior, plus convection allows you to cook more than one dish at a time. Also, if your dish is covered (either with foil or a lid) you might as well cook on the convection setting. The lid will trap the moisture, so you don’t have to worry about your dish drying out and you can take advantage of a faster cook time. For more baking tips, visit Better Cooking and Baking Tips. 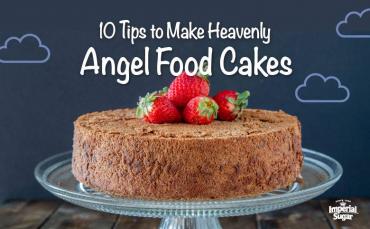 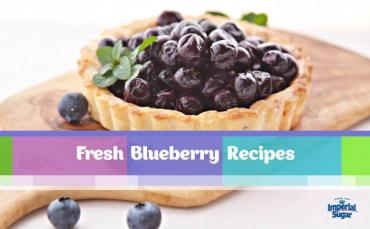 It's time to get picking...berry picking that is. Berries of all kinds are beginning to ripen,... 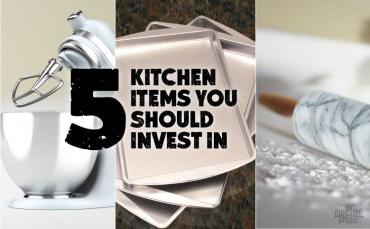 5 Cooking Utensils You Should Invest In